分享
Chicago-based artist Nick Cave has been extremely active on the global art scene this year. Building upon the momentum gained from the two recent exhibitions that took place in New York (and several smaller ones planned across the USA), he is now getting ready for his show at Carriageworks in Sydney this autumn, which is going to be Cave’s largest installation to date. 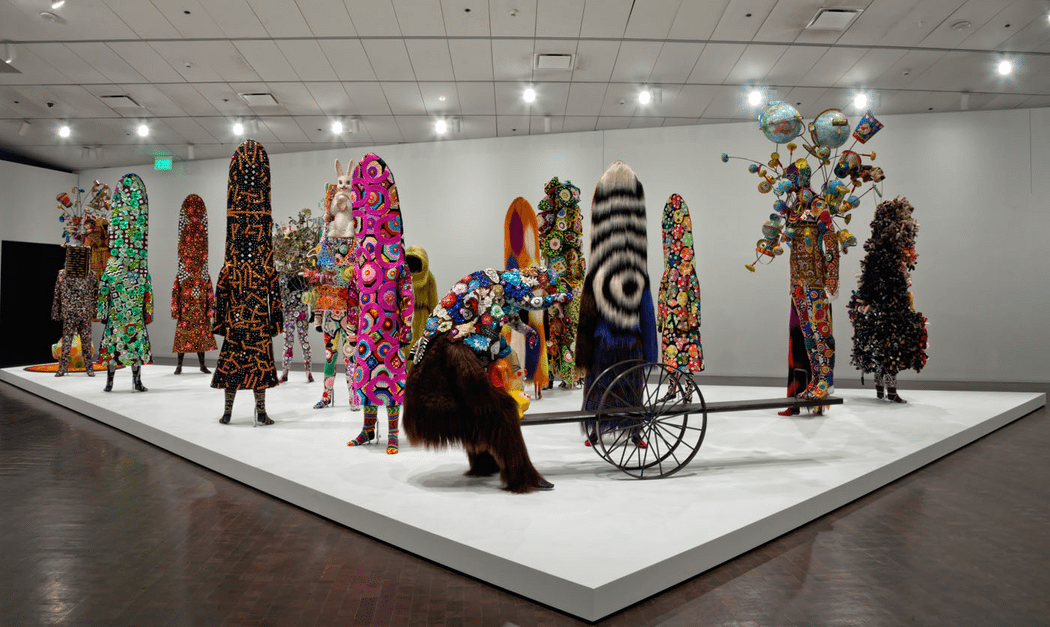 Nick Cave’s ‘Soundsuits’ are designed to act as a second skin that conceals race, gender and class. Back in 1992, he created his first soundsuit as a reaction to the beating of the African-American taxi driver Rodney King. The ‘Soundsuit’ obscures the performer in order to give him freedom of self-expression and cover from bias. Cave is academically trained in both fine arts and dance. This allows him to create large-scale shows at the intersection of the genres. The recent program at the New York’s Park Avenue Armory called ‘The Let Go’ has featured numerous activations in partnership with community groups, along with mixed-media installations and the centerpiece Soundsuit madness called ‘Up Right’. The dance performance was choreographed by the artist in partnership with Francesca Harper. It required about 70 performers and countless backstage hands each night. Exploring new mediums, Cave never shies away from painful social issues. At one of his New York exhibitions at the Jack Shainman Gallery he revealed ‘Weather or Not’, a series of colorful wire patterns based on brain scans of African American young men suffering from PTSD from witnessing gun violence – combined with the images of catastrophic storms.

If you happen to be in Sydney later this year, don’t hesitate to visit Nick Cave’s immersive show ‘Until’ at Carriageworks. The exhibition is being hailed as the artist’s most ambitious project to date.

#Blog
The Heart of .ART